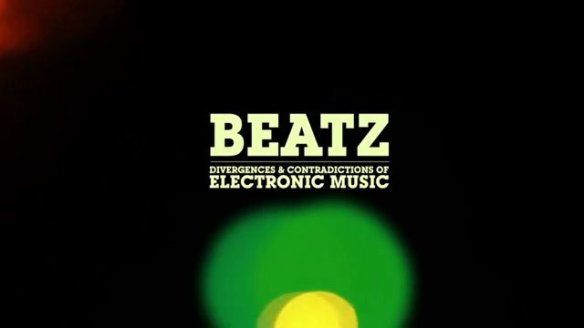 Beatz – Divergences & Contradictions Of Electronic Music is a documentary film by DJ Eduardo De La Calle that surveys the health of the global dance music scene.

An independent – some might say underground – film, De La Calle’s methods veer toward the lo-fi, being largely just what he captured as he travelled around the world to interview many of dance music’s legends (Carl Craig, Derrick May, Marshall Jefferson, Carl Cox, Laurent Garnier, Juan Atkins) and newer talents in order to collect their views on what they think dance music has become and where it’s going.

Although the likes of Garnier ultimately deliver a spirited reading of the enduring vitality of the international club scene, elsewhere the vibe is uniformly sombre. Much decrying is made of the likes of Beatport as a means of manipulating tastes and pre-filtering selections for the listener in a way that record shops never did; similarly impassioned comments are delivered about the supposed commodification of dance music and mp3s – particularly unmastered tracks constructed of nothing more than three loops (echoes of punk’s limited musicianship aside, such tracks inevitably lack any particular human quality) – and DJs that eschew proper mixing in favour of simply queuing up poor quality mp3s and letting a machine synchronise them; one commentator likens buying records off the internet to drinking at home. Vinyl is seen as the golden medium, encouraging lots of fetishistic comments about its fragility, malleability and even artistic merit, while others counter this with a view that the medium itself doesn’t matter – it’s the ideas that make something original or not. Minus artist and Richie Hawtin protégé Matthew Jonson (they even dress the same and have the same hair) sums it up perfectly with ‘the machine will never have the idea’.

Throughout the film, the ‘human’ quality comes through in a loud way – perhaps somewhat surprisingly for a strand of music that is supposedly all about technology. That human dimension appears most negatively with diatribes against the super-DJ where showmanship has overtaken the actual music, or in discussions about ‘live’ versus programmed music where mistakes can happen, therefore allowing a real unpredictability can creep in. Carl Craig talks enthusiastically about the influence of jazz on dance music, an often overlooked input into the genre and one which perfectly illustrates the impact of individual flair over lumpen technology. Mute‘s own Apparat (Sascha Ring) offers his own slightly bemused reaction to talking to people in clubs and finding that people don’t know – or don’t care – who’s on the bill, as if the natural conclusion of the so-called facelessness of techno’s logical conclusion comes as a surprise to him.

The film is a bit rough around the edges, especially with regard to the subtitles, but this globetrotting film was shot with evident care and attention – much more so than most lo-fi productions. The soundtrack features a number of intricate pieces by De La Calle himself which had this reviewer feeling nostalgic for his old techno collection. For Mute fans, as well as Apparat, Speedy J and BMB‘s Surgeon also appear as talking heads.

The film can be streamed at Eduardo De La Calle’s website or below.