Front & Follow are a Manchester-based label who I hadn’t noticed until Clash asked me to review Blind Mouths Eat by The Doomed Bird Of Providence earlier this year. That album really impressed me, even though I initially labelled it a concept album.

The Doomed Bird Of Providence are an Australian group presently based in my old residence of Colchester, and for Blind Mouths Eat the focus of their attention was on a devastating 19th century storm known as Cyclone Mahina. For me, Doomed Bird tapped into the same strand of folk and blues that bands like The Bad Seeds, The Triffids and Crime & The City Solution all made their own during their careers, and I happily gave the album 8/10. I described it as ‘a haunting exploration of hopelessness and violence’.

Blind Mouths Eat, in turn, begat To Mahina, an EP by fellow Front & Follow artist Kemper Norton. If Cyclone Mahina inspired Doomed Bird’s album, the album about the storm inspired Kemper Norton. The response is an EP that takes the mysterious fatalism of the original album and uses that feeling as the basis for a collection of electronic explorations that possess a natural dimension infused with a sort of sea shanty quality. This is all about texture, whereas Doomed Bird’s album was primarily about the narrative; To Mahina lies somewhere between a calm millpond and the terrifying stillness that returns after the devastation, making this an imaginative and captivating release. 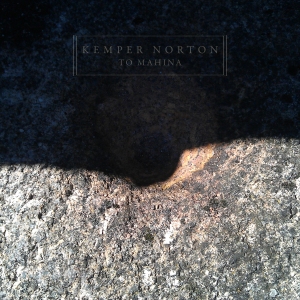 If Kemper Norton is mysterious, Pye Corner Audio are downright mythical. Their WordPress site proclaims them to have been active since the Seventies, but in what capacity it doesn’t say, raising eyebrows and leading the listener to ponder whether this isn’t some fanciful aspiration to create a history where one simply doesn’t exist.

Irrespective, Pye Corner Audio produce brilliant electronic music that has its head firmly placed in the world of analogue synthesis, back at a point where you were more likely to wear a suit and a lab coat to the studio, those early synths being akin to giant science experiments than real instruments. The new Pye Corner Audio 12″ for Front & Follow, The Black Mist EP, takes rich pulses, percussion and melodic sounds and infuses them with a chunky beat that sounds like it was borrowed from the Chemical Brothers’ early works. Towering washes of sculpted synth pads wash in like waves and buzzing drones have the distorted quality of punk guitars. Like the longform explorations of, say, Node, ‘The Black Mist’ has that mesmerising quality that I will use as evidence that electronic music has an inner human quality whenever detractors try to tell me otherwise. 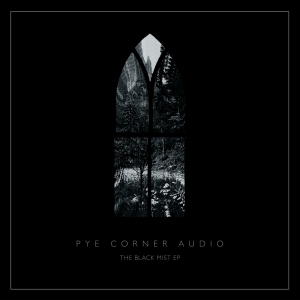 The B-side features a remix of ‘The Black Mist’ and the detuned Plaid-esque deep ambient electro of ‘Bulk Erase’. Here is a track that could easily be a minimal, slowly-shifting exploration of rhythm and pulse, but Pye Corner Audio aren’t afraid of co-opting classical melodic sensibilities and that’s the case here with an arresting, emotive filmic passage that sounds like it’s begging for use by an independent director.