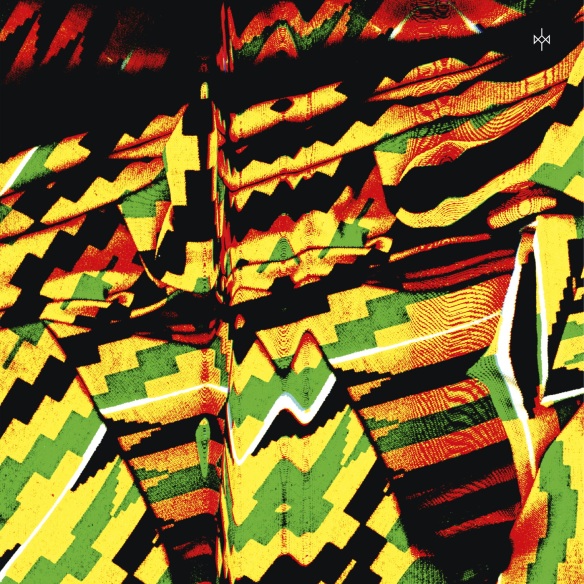 Germany’s enigmatic Burnt Friedman is a serial collaborator, hitching his distinctive electronic palette to numerous other musicians over the course of his career, while also delivering with such a prolific level of output that it’s often hard to keep track of his movements.

One of his longest-running collaborations was with Can drummer Jaki Liebezeit, with whom he recorded several albums up to Liebezeit’s untimely death in 2017. Their Secret Rhythms concept gave prominence to the drummer’s signature, dizzying polyrhythmic kitwork, attaching that to Friedman’s delicate, unobtrusive electronics. Critical to Liebezeit’s playing was a sense of reductivism, paring his kit back to the most elemental of equipment and yet producing dexterous overlapping, highly detailed rhythms that were usually hard to follow; Friedman’s electronics were thus a sympathetic response, never once overwhelming the master drummer’s sound and weaving their way lightly through and around his playing.

Two unreleased collaborations between the two friends can be found on the B-side of a new EP on Friedman’s Nonplace label. Dating from 2016, ‘Eurydike’ and ‘Star Wars’ are immediately recognisable, bearing those Secret Rhythms trademarks – clusters of sounds, unswerving drum cycles, dubby bass, springy analogue sounds and discrete non-melodies. It would be glib and somewhat obvious to say that these pieces, like so many of Liebezeit’s, could induce a trance-like state, but they undoubtedly code. In these rhythms, and in their framing with washes of sound that drift in like they’re being carried across a field by a breeze, there is a resolution and purpose, a mesmerising momentum constantly bordering on the chaotic but never once going there.

On the A-side you find Friedman interacting with another drummer and occasional collaborator, Porto’s João Pais Filipe, and their two pieces (‘Out Of Ape’ and ‘Fibres Of P’) act like a sonic handshake between the two drummers. Pais’s work is comparatively more full, his rhythms more dense and varied yet carrying the same tension and energy as Liebezeit. On these pieces, in response to Filipe’s wall of sound, Friedman’s electronics are more obvious, less imperceptible, more there perhaps. In Filipe, Friedman may well have found the natural successor to Liebezeit’s legacy, the start of a new Secret Rhythm concept that nods reverently in the direction of what came before.

The split Eurydike EP by Burnt Friedman with João Pais and Jaki Liebezeit is released May 15 2020 by Nonplace. Pre-order link: here