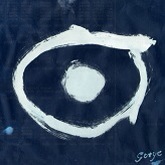 Yeasayer remixed Dutch-Australian Gotye’s ‘Eyes Wide Open’ single in 2012. Their version is a slow, sensual mix that sounds like it should have been recorded many, many moons ago for one of those late-night radio request shows where people dedicate songs to people they love / want to hook up with / need a soundtrack for sex with, though backward sounds, metallic snares and big synths provide a modern twist. It’s a side to Yeasayer not heard on their own material, but it lacks that ingredient that makes their own music so utterly confounding.