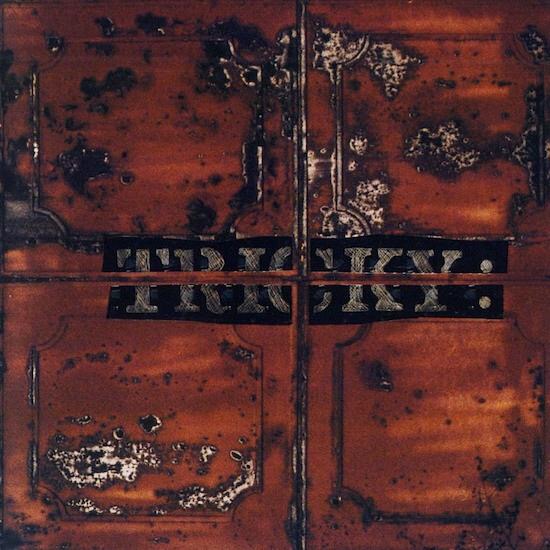 Back in the day, Alison Goldfrapp could occasionally be found adding her vocals to all sorts of tracks, the most prominent of which tended to be by Orbital and where, for no discernible reason, she went under the name ‘Auntie’. One of my favourite pre-Goldfrapp Alison Goldfrapp collaborations is this track with Massive Attack alumnus Tricky. I can’t fathom a word she’s saying since it has that jazzy wordless style that Orbital liked to deploy as a textural component of their tracks, but which is here presented as a foreground to this sluggish trip-hop piece. Her strange, Shirley Bassey-esque vocal is the perfect foil to a delivery from Tricky that rasps with a stoner’s ramblings. In the background, the samples run from folksy ethereality (something Goldfrapp would investigate years later with Seventh Tree) and a scratchy grunge passage not dissimilar to Butch Vig’s mix of Depeche Mode’s ‘In Your Room’. It might not be patch on other tracks on Maxinquaye, but it all adds to the quiet confidence exuded by Tricky on his first solo record.

Elsewhere on the album, occasional Mute producer and Rhythm King stalwart Mark Saunders adds his production nous to most of the tracks here, including the seminal, much-quoted ‘Brand New You’re Retro’.