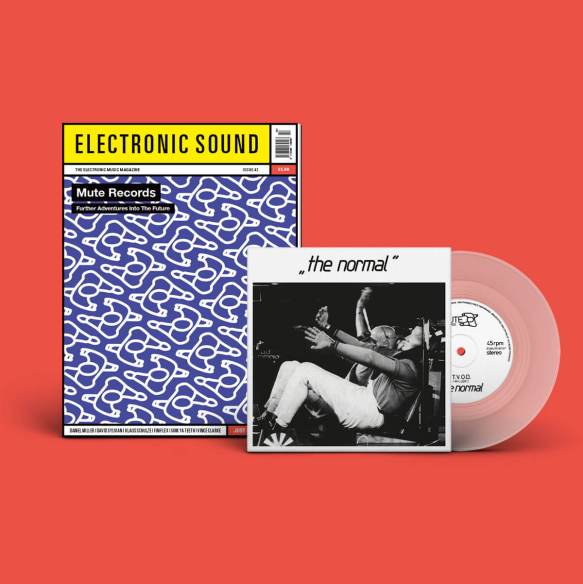 The issue also features a rundown of Mute’s 2018 artist roster and a new interview with the longest-serving member of the Mute community, Erasure‘s Vince Clarke, wherein he talks about joining the label with Depeche Mode, Miller’s influence on him as an electronic musician, and how he approaches running his own label, VeryRecords.

The full announcement from Electronic Sound is included below.

“I honestly didn’t think anybody would like it,” says Daniel Miller, talking about The Normal’s ‘TVOD’ / ‘Warm Leatherette’, which we are delighted to be reissuing with this issue of Electronic Sound. While The Normal was where Mute Records all started, this month’s cover story finds Daniel Miller discussing how his label is shaping up for the future. We also profile the artists that make up Mute’s Class of 2018, as well as catching up with Vince Clarke, a man who has only ever been signed to one label for his entire recording career. Click here to order now.

This issue also includes a rare interview with David Sylvian, discussing his soon-to-be reissued work with Can’s Holger Czukay, a chat with Finiflex, the artists formerly known as Finitribe, and a drinking session with post-punkers Sink Ya Teeth, who put us under the table. Elsewhere, we speak to Klaus Schulze, Claudia Brücken & Jerome Froese, The Orb, A Flock Of Seagulls and LUMP, a new project from indie folkster Laura Marling and Tunng’s Mike Lindsay. Plus there’s our usual bumper mix of tech, toys, books, gadgets and, of course, the very latest must-hear album releases.

This month’s exclusive music offer is a limited edition reissue of The Normal’s ‘TVOD’ and ‘Warm Leatherette’ seven-inch on crystal clear vinyl. Recorded by Daniel Miller using just a Korg 700S and a four-track tape machine, the single was the first release on Mute Records and is recognised as one of the most important electronic music records ever. Our reissue comes in a replica of the original 1978 picture sleeve. Click here to order now.