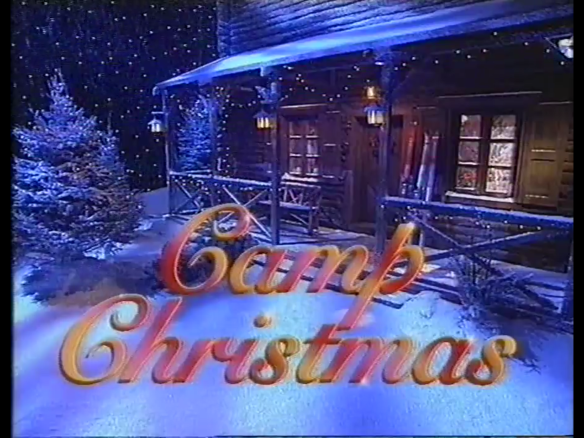 Twenty years BSG – Before Snow Globe – Erasure‘s Andy Bell and Vince Clarke participated in Camp Christmas, an alternative Christmas show broadcast by Channel 4 on Christmas Eve 1993. The broadcast formed part of the British broadcaster’s New York-themed suite of programmes that evening, though what Camp Christmas‘s connection to that was now seems lost forever. (I only even remember that because the ident for Channel 4’s NY Christmas programming theme was to be found at the start of my VHS recording.)

Camp Christmas was hosted by Andy Bell and Melissa Etheridge and saw the pair shacked up in a log cabin amidst a seasonally snow-filled studio set, joined on their Christmas vacation by Julian Clary’s wisecracking wall-mounted reindeer head, director Derek Jarman (who died from an AIDS-related illness early the following year) and footballer John Fashanu. Christmas video messages were included from Martina Navratilova and Ian McKellen, the New York Gay Men’s Chorus delivered a humorous song from the Wollman Rink in Central Park while Lily Savage played the role of the party’s hapless caterer.

East 17 made an unlikely appearance – unlikely because they were more or less the only participants on screen who weren’t gay – and Quentin Crisp delivered a soliloquy based on an alternative version of Dickens’ A Christmas Carol. In a programme filled with strange moments, Simon Callow (currently performing his own one-man Dickens show at London’s Arts Theatre) delivered a bizarre hybrid of Shakespeare and panto which is probably not the highest point in his career as an esteemed thesp.

Vince worked as the ‘musical director’ for the broadcast, aided by Martyn Ware and Phil Legg – essentially the team that worked on the I Say I Say I Say album that would get released the following year. The songs for Camp Christmas were recorded in the same sessions with Ware and Legg.

Andy sang three songs with Etheridge (‘Walking In A Winter Wonderland’, ‘Sleigh Ride’ and a very special rendition of ‘My Favourite Things’ from The Sound Of Music), a lovely solo rendition of ‘Take Me To The Emerald City’ from The Wizard Of Oz and ‘Have Yourself A Merry Little Christmas’, joined by the assembled studio cast on the final chorus. It’s fair to say that the musical moments are the points where Andy seems at his most comfortable, and Vince’s accompaniment is nothing short of lovely, blending wintery chill with analogue wackiness as only he knows how. Still from Andy Bell singing ‘Take Me To The Emerald City’.

Music to one side, Camp Christmas manages to work its way from sublimely daft to frankly cringe-worthy. One such audacious moment comes with Pam St. Clements – Pat Butcher from EastEnders – pretending to be a fairy on a Christmas tree, delivering a song I don’t recognise about farting. It’s ludicrous, naturally, but Vince somehow managed to work his magic effortlessly, even on such a ridiculous piece of over-the-top cabaret.

Channel 4 have always had a reputation for adventurous programming, and Camp Christmas was unlike anything else that had been broadcast up to that point. Adventurous as it was for its time, and despite some dodgy moments, Camp Christmas was also pretty funny in the same way as a pantomime can have you rolling about in the aisles. And that’s in spite of some appearances that are every bit as wooden as the shack they’re supposed to be holidaying in. 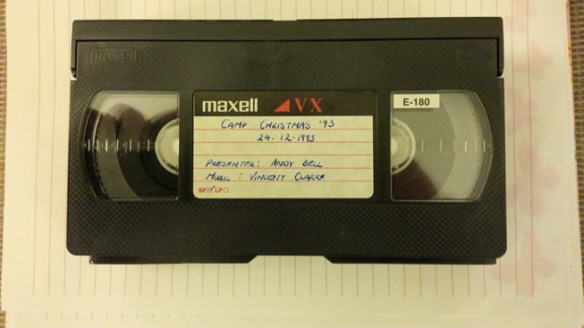 Thanks to Martyn. Several YouTube rips of the broadcast can be found online, as can bootleg recordings of the Andy Bell songs.