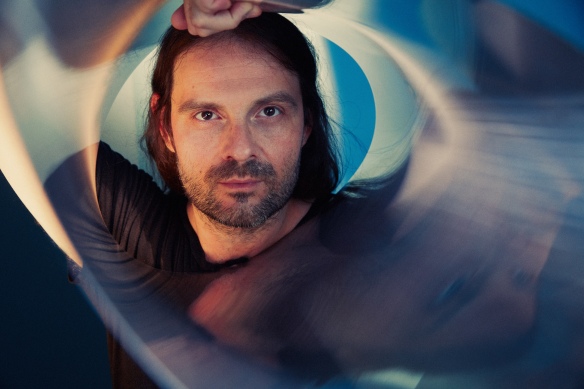 “I was moving around Berlin a lot when I was listening to works in progress for this album. I realised that I was maxing out on the volume, and after briefly thinking about the damage that I might be causing to my ears, I also realised that I’ve never really found myself making stuff that loud before. I remember doing that as a kid – I’d push the cheap, crappy headphones against my ears to get more bass while I was listening to the version of Duran Duran’s ‘Save A Prayer’ from ‘Arena’ which I used to play over and over.”

VOLUME MASSIMO, the new album from Alessandro Cortini and his first for Mute, is released tomorrow.

Ahead of its release, I spoke to Alessandro for Clash about his love of vintage synths, pressing headphones against your ears to get more bass and the enduring influence of guitarist Steve Vai.