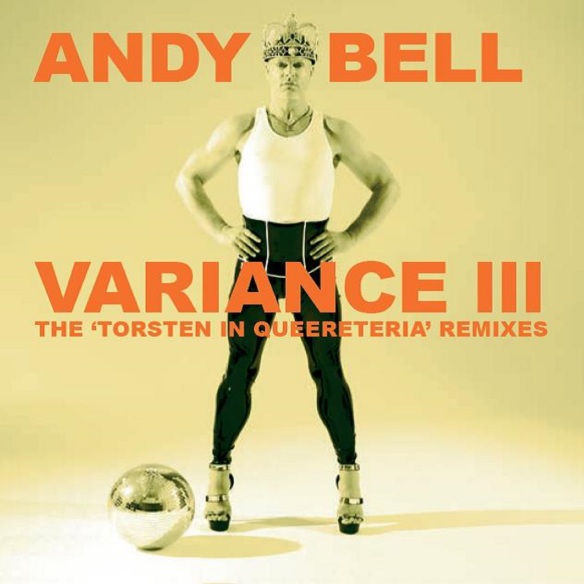 The counterpart to the music from this year’s sensational third part in Barney Ashton-Bullock and Christopher Frost’s visceral musical about the semi-immortal polysexual Torsten, Variance III includes brilliant, shimmering remixes of tracks from Torsten In Queereteria by Bronski Beat and Matt Pop. Tangerine Dream’s Jerome Froese delivers a thunderous, dark-edged version of ‘Lowland Lowriders’, one of the most poignant moments from the show and Andy Bell’s accompanying soundtrack album, while Shelter reprise their work with Andy Bell on their joint iPop album from 2014 with a stunning mix of the ordinarily wistful ‘We Hadn’t Slept For Twenty Years’.

The collection also includes a solo version of the standout nod to Bertolt Brecht and Kurt Weill, ‘If We Want To Drink A Little’, originally recorded for the Torsten In Queereteria album by Bell and Hazel O’Connor, various single edits and radio-friendly versions of tracks from the original album.

Variance III also includes two new, unreleased tracks from the third instalment of the Torsten series, ‘Judgement’ and the lurid lounge jazz-funk of ‘Lead Me’. Documentary Evidence is today delighted to share the exclusive first play of the anguished, beautiful ‘Judgement’. The song is accompanied by previously unseen stills from the photo shoots for Torsten In Queereteria, finding Bell effortlessly evoking the essential inner turmoil of a character that he has made his own since he first took it on for a limited run at the Edinburgh Fringe in 2014.

Watch the extract of ‘Judgement’ below. Order Variance III from Cherry Red.

Sincere thanks to Barney Ashton-Bullock.