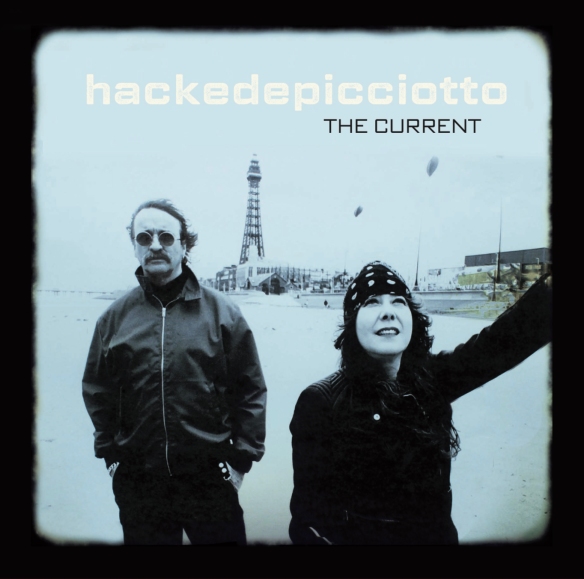 I have three experiences of Blackpool, the town in which the ever-wandering duo of Danielle de Picciotto and Alexander Hacke recorded The Current.

The first is, I am told, a brief trip there as a child in the way home from Scotland, of which I remember absolutely nothing. My mother advises me that I was eighteen months old. The only memento I have of this is a small black and white photo-booth strip.

Then, almost thirty years later I watched an episode of a show called The Hotel Inspector, one of several programmes scheduled in the wake of Gordon Ramsay’s Kitchen Nightmares in which some egotistical know-it-all pokes around in an establishment, shows just how utterly disgusting it is, and then comprises a strategy for how they will radically improve it. The thing that stuck with me about this show was not a very dubious establishment managed by a very colourful character, but the statistic that the average room rate for one of the 1800 hotels in Blackpool was £20 – and lest we forget that an average suggests there were many rooms available for substantially less. Hotel room rates act as a barometer for the economic prospects of a location, and on that measure alone, Blackpool was woeful. I mean, I’ve paid more than that for an hotel in Lincoln, Nebraska and that place didn’t have a ballroom, tower or a beach to improve its appeal.

Finally, maybe around the same time as that, I hauled myself up to Blackpool at some ungodly hour in the morning to support a colleague who was presenting at one of the significantly more expensive hotels in the town. As he came off the stage and legged it to the exit, he whipped off his microphone and whispered to me, ‘Get me the fuck out of here – this town makes me want to kill myself.’

But some of this is precisely why de Picciotto and Hacke chose to move to Blackpool for The Current. It is a town, as they put it, left behind by gentrification, a forgotten relic of Victorian-era tourism, a place dominated by sickly, E-number-heavy boiled sweets, faded seaside grandeur and an unlikely landmark – the Tower – forever destined to be unfairly seen as a poor architectural cousin to M. Eiffel’s more famous example, despite being arguably almost as impressive.

All of this, plus the presence of the Irish Sea the couple could see from their window, gives tracks like ‘Petty Silver’ – replete with its creepy melodic tones reminiscent of ‘The Carny’ by The Bad Seeds, grubby, fuzzy electronic rhythm and sub-bass slowed down to a unnerving prowl – an unexpected, if turbulent and utterly skewed, symphonic edge. It would be glib to say that such a track carries a sense of mystery as Danielle de Picciotto intones an especially bleak poetry, but there is nevertheless a sinister, Old Testament good vs evil thing going on here.

Elsewhere, opening track ‘Defiance’ is nudged onward by a gloomy bluesy guitar, bass and violin formation that might as well have blown in from the sand of a sun-bleached Nevadan desert rather than the brown sand of Blackpool. Here we find overheard voices, strangely celebratory and yet weirdly affecting when taken outside of their context, bells, snarling electronics and a vocal from de Picciotto that emphasises we are all made equal despite Blackpool’s economic fortunes suggesting that this is anything but the case.

It is an effect that plays out across The Current, in a fashion not wholly dissimilar to the sound of the Detroit-centred Crime & The City Solution album American Twilight (2013) that both contributed to. On the standout ‘Onwards’, that manifests itself as a violin section that is enough to cause claustrophobia and panic, the beautiful harmonies between Hacke and de Picciotto never quite offsetting the churning urgency of the strings, sounding not unlike the end of the world as we know it. The album’s title track begins with a soundfield of unplaceable, hissing, droning sounds evoking comparisons with Hacke’s role in Einstürzende Neubauten, though even that band never quite managed to sound this bleak; ‘The Banishing’ carries a strained, muted edge courtesy of a rich, undulating, thunderous rhythm, chanted vocals and vaguely optimistic strings; ‘Third From The Sun’ begins with rich otherworldly sounds intended to remind us that our very existence owes itself to accidents and astral coincidence, before descending into a ominous wall of beautiful, ugly sound laced with psychedelic motifs.

This is not an album for the faint-hearted. By the time you reach the mournful ‘Upon Departure’, with its proggy, thick Violinksi tonalities, insistent strings and impenetrably savage drums, or the damning social commentary of ‘The Black Pool’, you might be forgiven for wanting to say, like my former colleague, ‘Get me the fuck out of here.’ Break through the gloom and a strangely human, hopeful, elegiac dimension appears. It is the sound of an unexpected optimism and a spirit of unity and of being in this together in spite of the state we’re in.

That de Picciotto and Hacke were able to freely up sticks and pitch up in Blackpool, with an album released on the very day where the UK is expected to sever its ties from Europe, and where such freedom of movement will be once again restricted, is perhaps the most overtly political statement of all those enshrined in The Current. 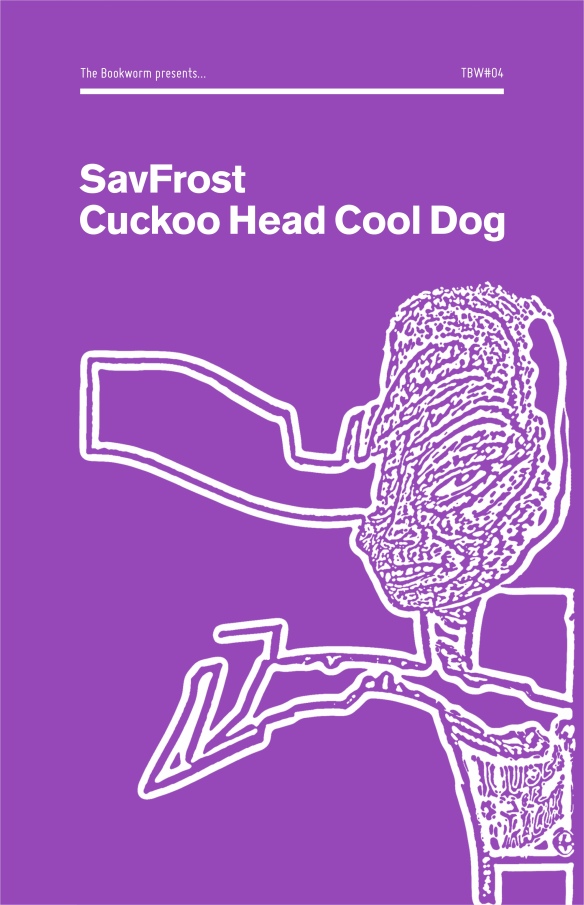 Cuckoo Head Cool Dog by SavFrost is a unique collaboration between long-standing friends Barbara Frost and Savage Pencil (Edwin Pouncey), issued by The Tapeworm’s Bookworm offshoot in two editions – ‘Germolene Pink’ and ‘Papal Purple’ – and described by The Tapeworm’s Philip Marshall as nothing less than a “bodice-ripping page-turner”.

Neither Frost or Pouncey will be unfamiliar to Mute collectors, Frost through her association with partner Frank Tovey / Fad Gadget as songwriter, singer, photographer, tour manager and occasional book-keeper, and SavX through his distinctive sleeve illustrations for Sonic Youth, Big Black and many other Blast First releases.

The volume consists of twenty visceral and engaging short pieces by Frost, each one written in a single draft in direct response to an image supplied in an email from Savage Pencil the night before. The image would remain unopened until Frost was ready to start writing the following day, beginning the process of developing either a short story, poem, collection of haikus or some other written reaction to Pouncey’s distinctive (and generally unfathomable, often disturbing) illustrations by accumulating ‘word banks’, clusters of words that occurred to her as she looked at what had been supplied. Those word banks, and Pouncey’s drawings, are all included in the book, and it’s illuminating to see precisely Frost’s responses as they were developing, the word banks being necessarily individualistic, spontaneous gestures that often appear only tangentially linked to the drawing and the written piece that would then be formed.

The results are predictably unpredictable, and frequently dark. One piece (Reap What You Sow) appears to document the quotidian ministrations of a garden-obsessed pensioner, only to unfold into something much more sinister; New Neighbour begins by detailing the interactions between a resident of a maisonette and her new upstairs neighbour, all of which begin with somewhat overbearing pleasantries before opening out into a jaw-dropping tale of extreme and nauseating criminality.

Other stories concern themselves with sleepless nights, fumbled romance and macabre goings on in dolls houses orchestrated by a disturbed young girl, and the inner turmoil of the Beast from Jean Cocteau’s La Belle Et La Bête (definitely Cocteau; not Disney). The poetic gestures throughout the book are similarly oblique, ranging from naturalistic moments to outpourings of adoration to more harrowing concerns, each one deployed with an unvarnished economy of language and a raw emotional directness.

Cuckoo Head Cool Dog by SavFrost was issued by The Bookworm on September 27 2019 in a limited edition of 250 copies (125 pink, 125 purple). Copies can be purchased from The Tapeworm’s Bandcamp page.

Thanks to Barbara, Philip, Fortitude, Sagar and Café Below.

Interview with Philip Marshall from The Tapeworm about the label’s formation, ethos and ongoing exploration of the cassette format over at my other blog, Further.