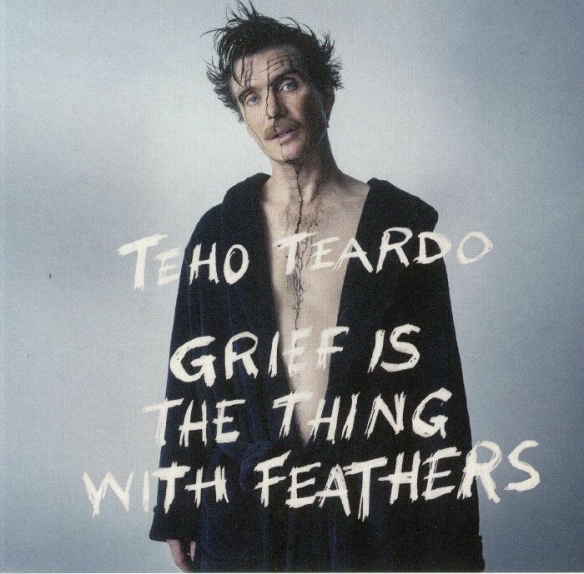 Blixa Bargeld and Balanescu Quartet collaborator Teho Teardo has charted a singular course through electronic, classical and industrial music since he first emerged with a self-released cassette album in 1985. His approach to works for strings and sound design can be linked back to his early days as an Italian punk, his music containing a visceral weight coupled with a blunt, almost antagonistic command of the loud-quiet-loud dynamic.

His latest work is arguably the most complete realisation of that vision. Inspired by Max Porter’s book Grief Is The Thing With Feathers and used in its subsequent stage adaptation by Enda Walsh, the eight pieces here chart the narrative of a crow and his family as he struggles to cope following the loss of his partner and the need to raise his two chicks by himself.

Here we find Teardo offering up recurring passages of staccato cello that carry the sonic attack and challenge of heavy metal guitars, blended with jangly guitars, dramatic percussion and intense violin, best exemplified by standout moments like ‘London Offered Us Possible Mothers’. Elsewhere, the interplay between processed wind instruments and modular synths on ‘Hop Sniff And Tackle’ creates a nauseating, ominous tension wherein a serene string section toward the end is just about the only relief from a darkness as intense as a crow’s feathers.

Grief Is The Thing With Feathers by Teho Teardo was released in March 2019 by Specula.