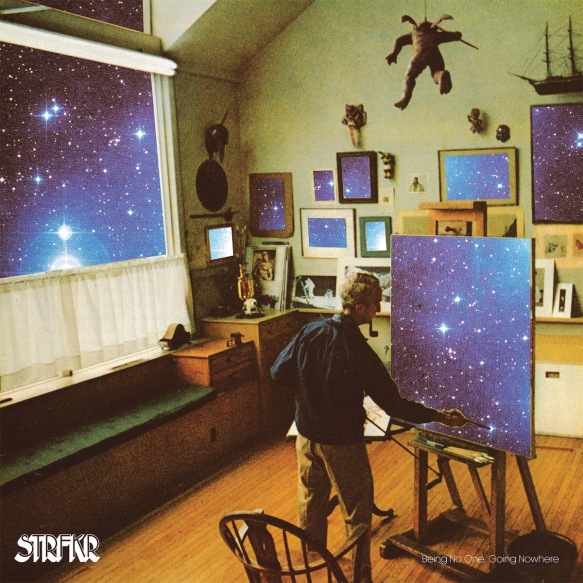 Sometimes you alight upon what becomes your favourite music when you least expect it. That was the case with the fifth album by Portland, Oregon’s STRFKR, a band whose name I’d vaguely heard of but whose music I’d never heard, at least not to the best of my knowledge.

I was in Montréal with work and was in a fantastic little café I’d discovered on my travels the year before called Melk, eating a courgette muffin and drinking an espresso for breakfast while marvelling at my ability to mangle French and English while ordering something so simple.

Melk is one of those funky, Scandi places that are all bleached woods, white walls and friendly hipster staff, and on the few times that I’ve been here, are usually playing achingly hip music that I’ve never heard of before. Such was the case on this day, where it turned out – thanks to the wonder of Shazam – that they were playing the new album (Being No One, Going Nowhere) from STRFKR. I was hooked straight away, absolutely loved the pop tones and big songs and spent the remainder of my Canadian trip listening to the album whenever I could, as well as castigating myself for not having gotten into them before. It made the ten minute walk to Melk instead of just dropping into the Starbucks in my aparthotel much more worthwhile than just getting exercise.

The album reinforces what I’ve been thinking a lot this year, which is that we seem to be in a golden period for electronic pop music. We’ve said this before when bands like MGMT first emerged, but it always seemed a bit tongue in cheek to me; today, bands like STRFKR seem to have a genuine respect for the electronic music of yesteryear and a capacity to make what sounds, to youthful ears, truly original, while still appealing to those of us who remember the first flushes of synthpop all too clearly.